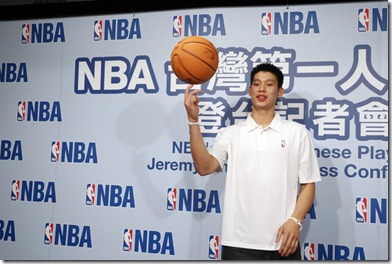 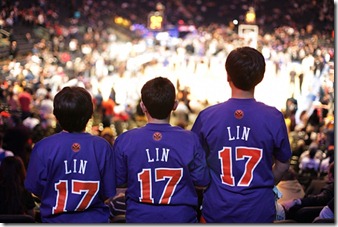 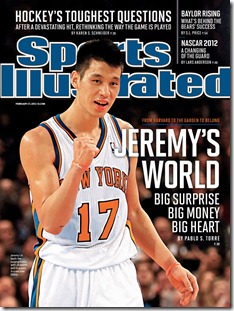 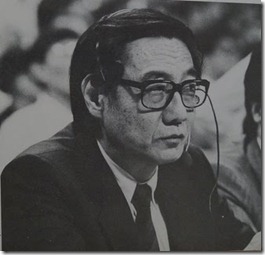 Chris Wang, a journalist and author of the basketball blog Taiwan Hoops, said Taiwanese are used to the Chinese claiming their stars: "Whenever a Taiwanese athlete or player or scientist makes his reputation oversees, both China and Taiwan fight for the bragging rights. And definitely Taiwanese think of Jeremy Lin as…a son of Taiwan because his parents came from Taiwan and now Chinese television is making the same claims, saying he's from Zhejiang or some place," he said. "This is crazy but it's normal at the same time, because it's happened so often in the past."

But not everyone is taking the debate so seriously, many on China's Weibo reposted a comedic Taiwanese television program showing a fake Chinese official saying "the important thing is if you have yellow skin and black hair you're Chinese," as he lays claim to a whole variety of famous Asians and Asian-Americans. Meanwhile a Weibo poster under the screen name Life Without Borders pointed how Mr. Lin's faith likely characterizes his own identity: "in the end who is Jeremy Lin? Is he American? Is he Taiwanese? Is he Chinese? Or is he God's?"

Mr. Wang added that Taiwanese are already taking a deeper interest in the Knicks, digging through the roster and learning about the team. If Mr. Lin's influence proves anything like that of former Yankees stand-out pitcher Chien-ming Wang, who won the island over to the Yankees, the Knicks are likely to have a new, 23-million strong fan base on their hands.

'I think Taiwanese people always need an emotion outlet in the international arena, so to speak,' Chris Wang, a former sportswriter, said.

'Having been ignored and marginalized for decades, they always need these examples to tell the world that 'we're pretty good.' That's why you see Taiwanese root for Chien-ming Wang, Yani Tseng, their baseball teams - regardless whether they follow these sports or not - as well as one of their own in a bakery competition.'